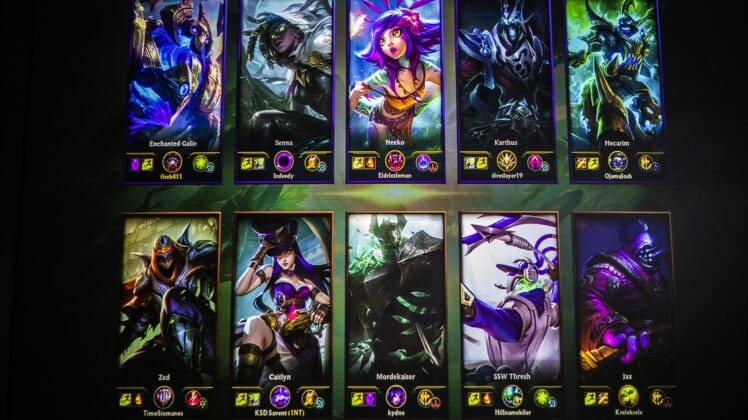 The loading screen for League of Legends is seen projected on the wall behind the competitors. The loading screen comes up while waiting for the game to start, allowing players to view each characters basic information before the battle. Jan. 24, 2020

Team Liquid and Cloud 9 recorded victories Saturday to remain tied atop the standings in the start of Week 6 at the League of Legends Championship Series (LCS) Spring Split.

The group stage (Feb. 5-March 27) consists of a double round robin with each team playing 18 matches (best of one), with the top six teams qualifying to play in the playoffs. The top four finishers will split a $200,000 prize pool, with first place taking home $100,000.