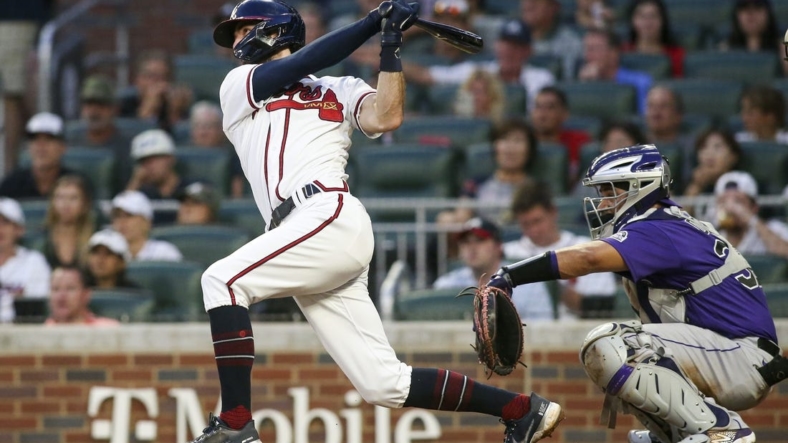 Urena (3-5) seemed to gain confidence after escaping from a bases-loaded jam in the first inning. He allowed two runs on six hits with two walks and six strikeouts. It was a strong response to his last start from the veteran, who had allowed nine runs in 1 1/3 innings against the Texas Rangers on Wednesday.

The win was Colorado’s first against Atlanta this season. The Braves swept the Rockies in a four-game series in Denver back in June.

The Rockies got two scoreless innings of relief from Justin Lawrence, one from Carlos Estevez and a perfect ninth from closer Daniel Bard, who earned his 28th save.

Atlanta starter Max Fried (12-5) did not have his best stuff and exited after five innings, his shortest stint since July 11 when he went five innings against the New York Mets. He allowed three runs (two earned) on seven hits, one walk and recorded a season-low three strikeouts.

The Braves got on the board in the second inning when Dansby Swanson doubled in a run, then made it 2-0 in the second when Eddie Rosario doubled off the right field wall to bring home Austin Riley.

Colorado tied the game in the fourth inning. Brendan Rogers tripled and scored on a single by Cron, who scored on Elehuris Montero’s double into the left field corner.

The Rockies went ahead 3-2 in the fifth inning when Randal Grichuk scored on a bases-loaded grounder by Cron.

Colorado rookie Sean Bouchard got his first career hit in the sixth inning, a single off reliever Jay Jackson.