The college football program at BYU was rocked by tragedy on Saturday with news of the sad passing of offensive lineman Sione Veikoso.

The Honolulu Star-Advertiser broke the news of Veikoso’s death in a construction accident that also injured three other men in his hometown of Kailua, Hawaii. Veikoso was at a construction site with six other men when a 15-foot retaining rock wall partially collapsed and trapped him and two other men under the rubble.

After the Honolulu Fire Department attempted to rescue the men and cleared the rubble, Sione Veikoso was pronounced dead at the scene. The two other trapped individuals were taken to a local hospital and are reportedly in serious but stable condition.

Following the news, the BYU college football Twitter account released a statement on the passing of a member of their 2022 roster. “On behalf of the entire BYU Football family, our thoughts and prayers are with Sione’s family and friends during this extremely difficult time. Rest in love Sione.”

The 6-foot-7, 305-pound offensive lineman played in just one game for BYU this season, after transferring to the university this summer following a one-game stint at Arizona State.

Upon graduating from Kailua High School, Sione Veikoso reportedly served on a full-time mission for the Church of Jesus Christ of Latter-day Saints in Brazil from 2018 to 2020. Family members told the Honolulu Star-Advertiser Veikoso was a “great kid” who was selfless and worked to help financially support his single mother, who died seven years ago. 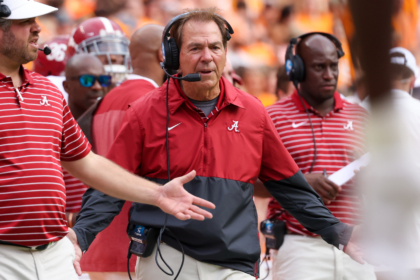 “He was a gentle giant who loved his family. He was reliable and caring.”

Sione Veikoso leaves behind his two sisters, Mele and Sanimata, and ba rother who is also named Sione.