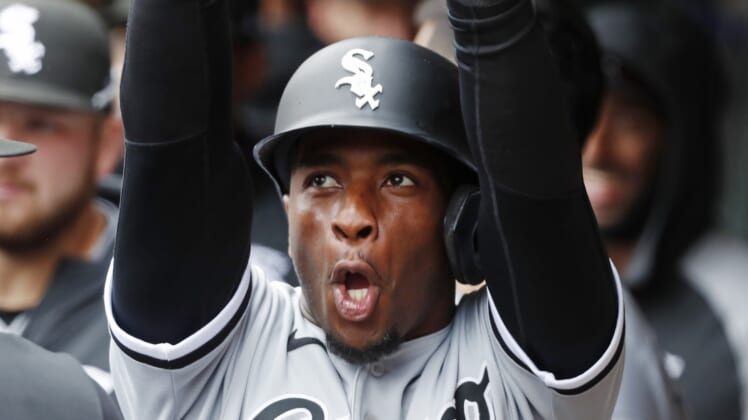 Byron Buxton homered twice, including a walk-off, three-run blast to lift the Minnesota Twins to a 6-4 win in 10 innings over the visiting Chicago White Sox on Sunday afternoon in Minneapolis.

Buxton’s 469-foot blast sealed the Twins’ fourth win in a row and completed a three-game sweep over Chicago. Buxton finished with five RBIs while Gio Urshela drove in Minnesota’s other run.

Tim Anderson and Danny Mendick each homered for the White Sox, who lost their seventh in a row.

Twins right-hander Joe Smith (1-0) earned the win after allowing one unearned run in one inning.

Chicago pulled ahead 4-3 in the top of the 10th when Yasmani Grandal singled to deep right field to score Mendick.

Hendricks could not preserve the lead. He had runners on second and third when Buxton crushed his 96 mph fastball over the heart of the plate.

The White Sox grabbed a 1-0 lead on the first pitch of the game. Anderson drove it 395 feet over the wall in left-center field for his second homer of the season.

Two innings later, Anderson helped the White Sox increase their lead to 2-0. He led off the third with a single, stole second base, advanced to third base after a pair of walks and came home to score on a single by Andrew Vaughn.

The Twins cut the deficit to 2-1 in the bottom of the third. Minnesota loaded the bases with nobody out for Urshela, who hit a sacrifice fly to center field to drive in Luis Arraez.

Giolito prevented further damage as he struck out Trevor Larnach and Nick Gordon to end the inning.

Chicago regained a two-run lead in the seventh when Mendick hit a leadoff home run to left field. The 406-foot blast was his first homer of the season.

Buxton tied it at 3-3 with a two-run blast in the bottom of the seventh. White Sox left-hander Aaron Bummer issued a leadoff walk to No. 9 hitter Jose Godoy, and Buxton made him pay for it moments later with an opposite-field rocket.