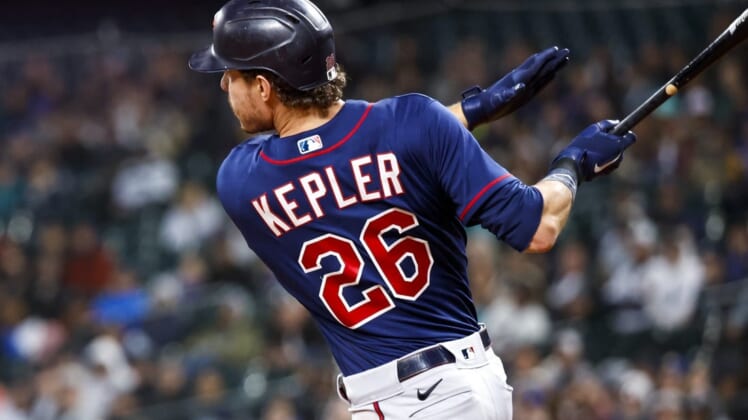 Byron Buxton, who earlier in the day was selected the American League Player of the Week, hit a two-run homer in the first inning and the Minnesota Twins held on to defeat the host Seattle Mariners 3-2 on Monday night.

Left-hander Caleb Thielbar (2-0) struck out two in a perfect inning of relief to earn the victory. Former Mariner Emilio Pagan worked the ninth for his ninth save, striking out Jesse Winker to end it with a runner on second.

The Twins didn’t take long to get on the scoreboard.

Leadoff hitter Luis Arraez, the major leagues’ leading batter with a .362 average, lined the game’s first pitch into center field for a single. Buxton followed by hitting a 3-2 pitch just over the wall in right-center field off right-hander Chris Flexen (2-8).

It was Buxton’s 18th home run of the season, one shy of his career high set last year. Buxton has seven homers in his past nine games.

The Mariners pulled within 2-1 in the third. With one out, Dylan Moore reached on a catcher’s-interference call against Gary Sanchez. Moore advanced to third on Winker’s ground-ball single to right and scored on Ty France’s grounder off the glove of diving third baseman Gio Urshela.

Urshela made a diving catch of a Moore liner down the line to end the fourth inning with two runners on base.

The Twins tacked on a run in the seventh. With one out, Buxton singled to left off Sergio Romo before Carlos Correa walked. The Mariners brought in recently acquired left-hander Ryan Borucki to face Max Kepler, but the move backfired as Kepler grounded a run-scoring single to right to make it 3-1.

The Mariners got that run back in the bottom of the inning as Trammell went deep to center off Jharel Cotton.

Twins starter Chris Archer lasted four innings and allowed one run, which was unearned, on four hits. He walked two and struck out three.