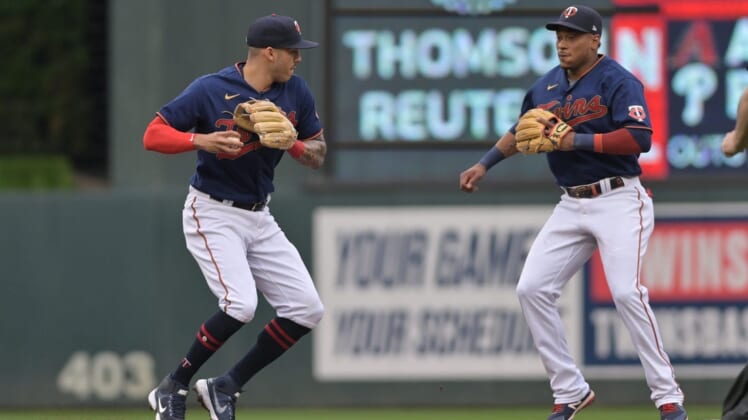 Byron Buxton homered twice for the second straight game and scored three times to lead the Minnesota Twins to a 9-4 victory over the Tampa Bay Rays on Friday night in Minneapolis.

Buxton, who also went deep twice on Thursday in the Twins’ 10-7 loss to the New York Yankees, became the fifth player in franchise history to have consecutive multi-homer games. He joined Harmon Killebrew, Don Mincher, Kirby Puckett and Eddie Rosario.

Minnesota’s Carlos Correa had a homer, a double and a single to go along with two RBIs and two runs.

Devin Smeltzer (3-0) picked up the win after allowing three runs on four hits over six-plus innings. He walked three and struck out three.

Minnesota took a 1-0 lead in the first inning when Buxton hit a home run into the second deck down the left field line, the second consecutive game he homered in his first at-bat.

Tampa Bay tied it in the second inning on Parades’ fifth homer of the season, a 406-foot drive to left.

The Twins then built a 7-1 lead with a six-hit, six-run fifth, sending 11 batters to the plate in the process. Buxton started the scoring with his 17th homer of the season into the bullpen in left-center. It was also his sixth home run in six games.

Tampa Bay cut it to 7-3 in the seventh when Arozarena circled the bases after his fly ball to the gap in right-center went over the glove of a leaping Nick Gordon and caromed off the wall back toward the infield for his seventh homer of the season. Brujan then hit the next pitch 352-feet just over the glove of Trevor Larnach into the flowerbed behind the left field fence for his first career home run.

The Rays closed within 7-4 in the eighth on an RBI groundout by Arozarena. The Twins answered with two runs in the bottom half on Correa’s fifth home run of the season, a two-run shot into the bullpen in left-center.