Burning questions for 49ers vs. Saints on ‘Sunday Night Football’ 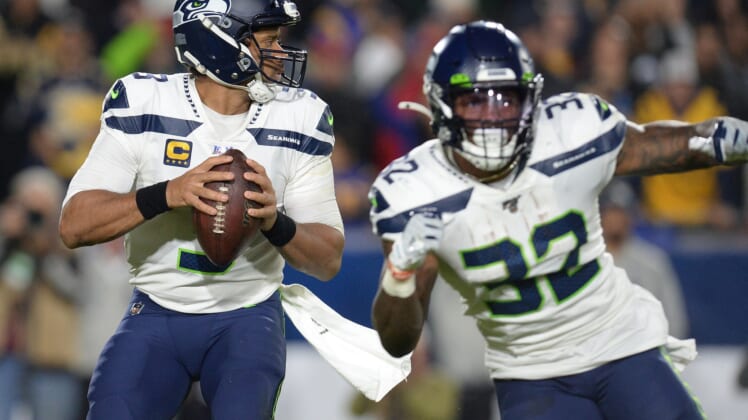 The final regular-season game of the 2019 season is a “Sunday Night Football” showdown between NFC West rivals as the San Francisco 49ers visit the Seattle Seahawks.

The NFC West is up for grabs as the 49ers (12-3) try to hold onto the divisional lead against the Seahawks (11-4). The 49ers will also claim the No. 1 seed in the NFC if they can win in Seattle Sunday night.

Looking ahead to this pivotal battle between the 49ers and Seahawks on “Sunday Night Football,” these are the biggest questions we have.

Does Beast Mode have any gas left?

The Seahawks had their top three running backs suffer season-ending injuries in recent weeks, and the loss of Chris Carson hurts big time. On top of that, star left tackle Duane Brown had meniscus surgery and is out at least a few weeks. This offense, which is predicated on the run game, is suddenly a shell of itself.

Enter Marshawn Lynch. He was signed by Seattle this week and presumably will play plenty Sunday night against the 49ers. Does Lynch, who played in just six games due to injury last year and gained just 376 yards on the ground, have anything left to give? Honestly, I’ll be surprised if not he’s a shell of his former dominant self. But if Lynch can somehow conjure the Beast Mode of old and sparks the Seattle faithful, anything is possible in this must-win game.

Which Jimmy will we see?

Jimmy Garoppolo is a wild ride. He has a tendancy to make some bone-headed decisions and holds onto the ball in the pocket too long, too often. But sometimes he does stuff like this, and puts the 49ers on his back at the most critical moment.

The last time these two teams met in early November, though, Garoppolo was too careless with the ball. He threw an interception, which was the result of a slightly inaccurate pass that was tipped. But it was the fumbles that killed him and the 49ers. Garoppolo lost the ball twice on sacks, one of which was returned for a touchdown.

If Garoppolo is sharp and doesn’t turn it over, then the 49ers have a real chance to romp.

How healthy is Clowney?

The biggest reason the 49ers lost to the Seahawks last month in Santa Clara is that Jadeveon Clowney had one of the best games of his professional career. He absolutely wrecked the 49ers’ offensive line and was in Garoppolo’s face all night.

Since then, however, Clowney has been banged up, and he’s missed the last two games with a core muscle injury and illness. Not surprisingly, with the biggest game of the year coming up Sunday night, he’s set on playing on Sunday, per head coach Pete Carroll.

Suiting up and playing at an All-Pro level are two different things, though. It’s going to be interesting to see if Clowney can fully utilize his phenomenal physical abilities, or if he’s still hampered by the injury.

Can anyone stop George Kittle?

49ers tight end George Kittle has become one of the NFL’s biggest stars the past couple of seasons. He’s a fantasy football star who takes joy in running right at defenders and stiff-arming them into oblivion, running over other would-be defenders, and pancaking defensive opponents into the dirt — all with a smile on his face.

The past three games, Kittle has hauled in 24 passes for 280 yards and two touchdowns. He’s also gotten back to dominating in the run game.

Seattle has a linebacker in Bobby Wagner who is among the best the NFL has to offer at defending these types of players. If he can slow Kittle down Sunday night, then the Seahawks will have a great chance to pull off an upset. But if Kittle has his way, the 49ers will win.