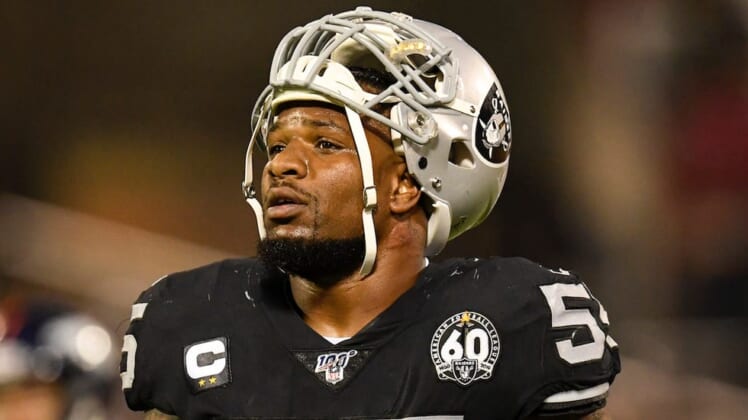 Raiders linebacker Vontaze Burfict, a free agent beginning on March 18th, was quietly reinstated by the league this morning after a 12-game suspension in 2019.

Oft-suspended Las Vegas Raiders linebacker Vontaze Burfict was reinstated by the NFL this morning, according to the NFL Network.

Burfict served a 12-game suspension after his helmet-to-helmet hit on Jack Doyle of the Colts last season. His suspension was long due to his “repeated violations of player safety rules” and his short Raiders career ended early.

Long known for his aggressive play and hard hits, Burfict had been suspended four times previously which factored into the seriousness of the penalty last season.

NFL Network’s Tom Pelissero talked with Burfict’s agent Peter Schaffer who said the player has been watching tapes of his penalties and talking to league executives in an effort to get past the incident and not repeat it in the future.

“He is serious about coming back and doing things the right way,” Schaffer told Pelissero.

With Burfict reinstated, it’s unknown if the Raiders have any desire to resign the veteran who played for Las Vegas’ defensive coordinator Paul Guenther in Cincinnati.

The Raiders have a significant need at the linebacker position and with Burfict reinstated today, he could end up back in silver and black come this spring.

What do you think? Should the Raiders resign Burfict?