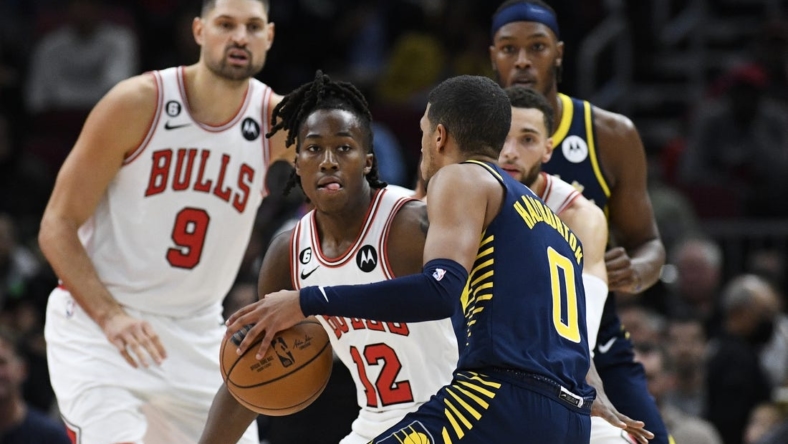 Zach LaVine scored a season-high 28 points, DeMar DeRozan chipped in 17 and Andre Drummond grabbed a game-high 13 rebounds to boost the host Chicago Bulls to a 124-109 victory against the Indiana Pacers on Wednesday night.

The Bulls had 34 assists on 43 made field goals while shooting 49.4 percent. Chicago forced 16 Pacers turnovers.

Chicago led by as many as 24 points in the first half before taking a 76-57 lead into the break. The Bulls rolled to 59.1 percent shooting, as 10 different players scored to contribute to the team’s highest-scoring half in its five games this season.

The blitz began with a 4-for-4 start from 3-point range en route to a 38-point first quarter, the team’s highest-scoring quarter of the young campaign.

Indiana scored the game’s first five points but did not lead again after the Bulls responded to that opening surge with an 8-0 run of their own. Still, the Pacers persevered, shooting 12-for-18 from the floor in the third quarter and to trim the Chicago advantage to single digits.

Chicago has won its last four games against Indiana. The Bulls hold a 103-97 edge in the all-time series.

The Pacers shot 42.5 percent from the floor and went 16-for-41 from distance.

Indiana fell to 0-2 on a five-game road trip. The Pacers lost by 14 points in Philadelphia on Monday before Wednesday’s defeat.

Vikings Territory - A Vikings Loss on Thanksgiving is Far From Disastrous