Bulls take Jabari Parker out of their rotation 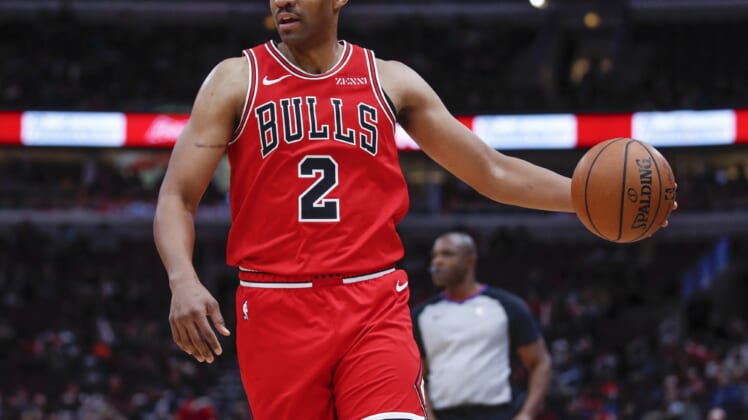 Changes are coming for the downtrodden Chicago Bulls. In the midst of a disastrous and drama-filled 6-22 start to the season, interim head coach Jim Boylen has made a major move.

According to Malika Andrews of ESPN, the Bulls have decided to take prized free agent addition Jabari Parker out of their rotation.

“While he is expected to play in Thursday night’s game against the Orlando Magic in Mexico City in the absence of Chandler Hutchison, Parker will no longer see regular minutes,” the report read.

This is a dramatic fall from grace for the hometown kid. The No. 2 overall pick back in 2014, Parker signed a one-year, $20 million deal with Chicago after four seasons in Milwaukee.

He’s averaging 15.8 points and 7.1 rebounds on 46 percent shooting from the field this season.

It remains to be seen if the Bulls will look to move the 23-year-old forward. But this likely isn’t going to sit well with Parker.