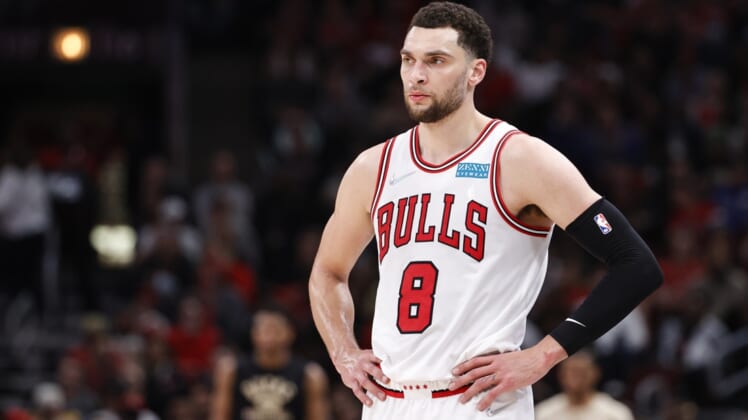 Chicago Bulls All-Star Zach LaVine has entered the NBA’s health and safety protocol for the third time this season.

The timing means the Bulls will likely have to stave off elimination without him Wednesday night against the host Milwaukee Bucks, who hold a 3-1 lead in the Eastern Conference first-round series.

LaVine is averaging 19.3 points, 6.0 assists and 5.3 rebounds through four games in the series against the reigning NBA champions. He scored a team-high 24 points in Sunday’s 119-95 loss in Game 3.

He averaged 24.4 points, 4.6 rebounds and 4.5 assists in 67 games (all starts) during the regular season, earning his second straight All-Star selection.

Chicago could also be without guard Alex Caruso, who is in the concussion protocol after getting hit in the face in Sunday’s game.

The Bulls are still without their primary point guard, Lonzo Ball, who missed half of the season due to a knee injury that required surgery.