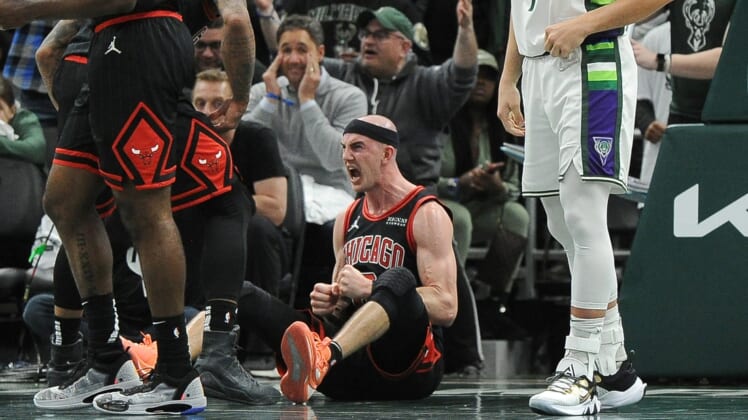 Chicago is facing an elimination game against the Bucks, trailing the first-round series 3-1 following Sunday’s blowout defeat at United Center.

Bulls head coach Billy Donovan said the team could know more Tuesday, but he was preparing as if Caruso would join Lonzo Ball (knee) on the team’s list of unavailable guards.

Caruso exited Game 4 on Sunday after Bucks backup guard Jevon Carter landed an elbow to his face with 1:44 remaining before halftime. Caruso was attempting to fight over a screen set by Giannis Antetokounmpo in the second quarter.

Carter’s left arm swung as he accelerated to get clear of defenders and appeared to inadvertently drill Caruso, who instantly fell to the floor. Carter was called for an offensive foul.

Donovan said he didn’t believe there was malicious intent on Carter’s part after the 119-95 loss.

Caruso fractured his left wrist on a hard foul by Grayson Allen in a Jan. 21 game against the Bucks and missed two months.