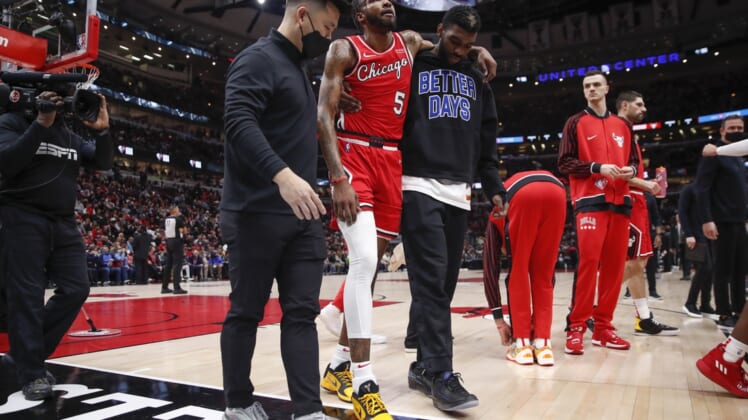 The team said the injury occurred while Jones was working out at the team’s training facility on Tuesday.

Jones, 24, has been in rehab since sustaining a bone bruise in his right knee on Jan. 12.

“(His finger) has been placed in a splint and (he) is expected to return in 6-8 weeks,” the Bulls said in a news release. “Jones could potentially return earlier with a protective splint.”

The short-handed Bulls also are playing without Lonzo Ball (knee) and Alex Caruso (wrist) until at least March.