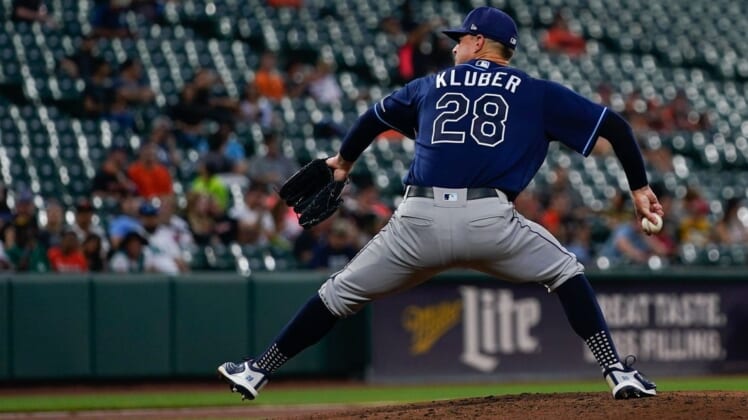 Ryan Mountcastle’s two-run single headlined a four-run fifth inning that lifted the host Baltimore Orioles to a 5-1 victory over the Tampa Bay Rays on Monday.

Mountcastle went 1-for-4 with two RBIs and a run and Ramon Urias added two hits for the Orioles, who received a terrific performance from their bullpen to deal the Rays their third straight loss.

After the Orioles took a 1-0 lead in the second on Rougned Odor’s sacrifice fly, the Rays tied the game in the top of the third when Brandon Lowe launched Austin Voth’s cutter over the right-field scoreboard.

Voth allowed just the one run on four hits in three innings. He walked three and had two strikeouts before the Orioles bullpen shut down Tampa Bay the rest of the way.

Bryan Baker, Nick Vespi, Dylan Tate, Cionel Perez and Felix Bautista combined to hold the Rays to four hits with eight strikeouts and no walks over the final six innings.

Vespi (3-0), who was recalled from Triple-A Norfolk before the game, picked up the win and struck out four of the six batters he faced.

The Orioles got to Rays starter Corey Kluber (6-6) in the fifth. After Ryan McKenna led off with a single to center and Jonathan Arauz struck out, Cedric Mullins reached on a bunt and Kluber loaded the bases when he hit Adley Rutschman with a pitch.

Mountcastle laced a two-run single to center for a 3-1 lead, as Mullins’ head-first slide enabled him to just beat the tag at the plate while Rutschman took third.

It appeared Kluber was going to avert further damage when he got Santander hit a grounder to first. But Ji-man Choi’s throw to second to start a double play struck Mountcastle in the back, allowing Rutschman to score while Mountcastle advanced to third.

Austin Hays capped the four-run inning with a sacrifice fly to left.

Luke Raley and Francisco Mejia each had two hits for the Rays.