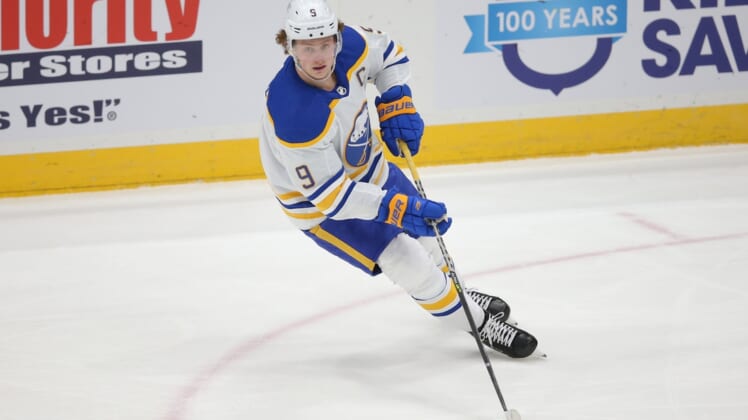 The Buffalo Sabres stripped Jack Eichel of his captaincy after he failed a physical following his arrival to camp on Wednesday.

Eichel, 24, was named captain in 2018 but has been at odds with the team over treatment for a herniated disk in his neck suffered in March.

Following a 12-week period of rest and rehabilitation, the Sabres and Eichel disagree on the type of surgery he should have to repair the issue. The team reportedly wants Eichel to have fusion surgery, while he prefers a cervical disk replacement.

“Unfortunately, yesterday, Jack did not pass his physical,” said Sabres general manager Kevyn Adams. “To this point, Jack is not willing to move forward with the fusion surgery that our doctors are suggesting. So we’re going to continue to work towards solutions.”

Either way, Eichel will start the season on the long-term injured reserve and won’t be with the team at training camp.

“From our perspective and my perspective, I feel the captain is the heartbeat of your team,” Adams said of the decision to remove Eichel as captain. “And we’re in a situation from where we were in the past and where we are now that we felt that we need to do to address that and make that decision here.”

Adams has been exploring trade options for Eichel since the summer, but has yet to find a deal that works.