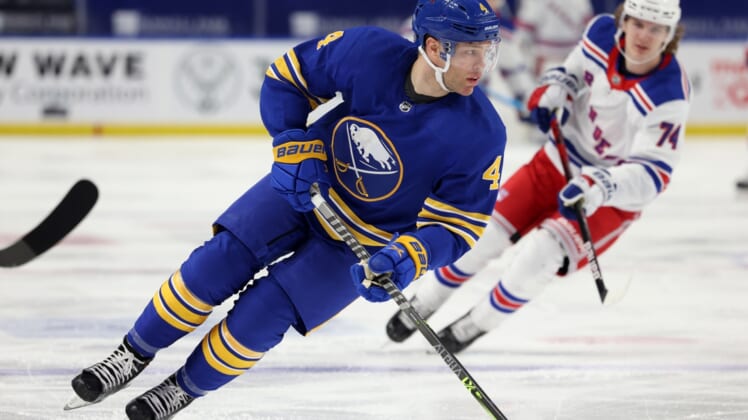 The move comes with the NHL trade deadline looming on Monday.

Hall, 29, is a pending unrestricted free agent after signing a one-year, $8 million contract with the Sabres this past offseason. The six-time 20-goal scorer has a no-movement clause in his deal. However, he reportedly has been willing to listen to trade options.

“It’s part of the business, we all know that,” Granato said. “Taylor knows that. … This game keeps you in the moment and that’s preparation for New Jersey. We had a good meeting on them this morning and our focus points and objectives going into the game.”

Arttu Ruotsalainen, 23, will make his NHL debut in place of Hall, who has recorded 19 points (two goals, 17 assists) and a career-worst minus-21 rating in 37 games this season.

Hall was the NHL MVP for the 2017-18 season after posting career-high totals in goals (39), assists (54) and points (93) while leading the Devils to their first appearance in the Stanley Cup playoffs since 2012.