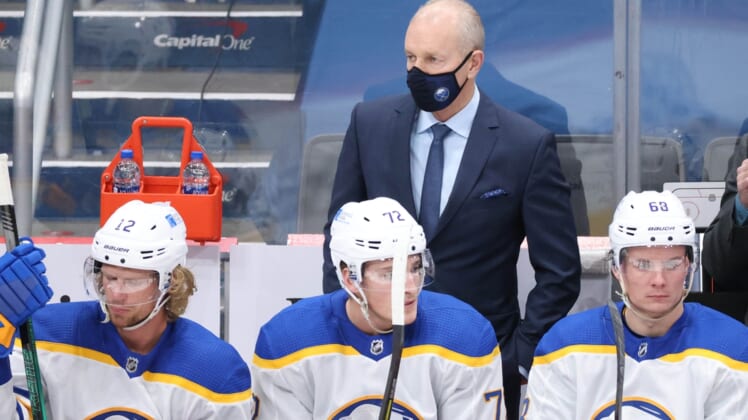 Krueger and Dahlin both had been placed on the NHL’s COVID protocol list for the Sabres, who are still without seven players. Defensemen Rasmus Ristolainen, Jake McCabe and Brandon Montour as well as forwards Tobias Rieder, Dylan Cozens, Curtis Lazar and Casey Mittelstadt remain on the list for Buffalo.

Krueger, 61, had been sidelined since the Sabres announced he had tested positive for COVID-19 on Feb. 4. He returned to the ice on Sunday wearing an NHL-mandated KN95 mask with a team logo on it.

Krueger is in his second season coaching the team.

Dahlin has recorded three points (one goal, two assists) in 10 games this season. The 20-year-old Swede has 87 points (14 goals, 73 assists) in 151 career games since the Sabres selected him with the top overall pick of the 2018 NHL Draft.

Buffalo is slated to return to game action on Monday against the visiting New York Islanders.