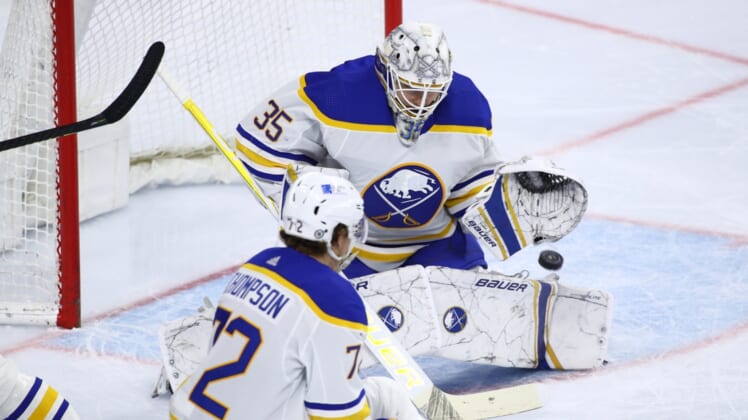 Buffalo Sabres goaltender Linus Ullmark exited with an undisclosed injury during the first period of the team’s road game against the Boston Bruins on Tuesday night.

Ullmark left the contest during a stoppage 4:54 into the first period. He had made three saves to that point. Dustin Tokarski took over in net for the Sabres.

Ullmark sat out nearly all of last month with a lower-body injury. He has started seven of Buffalo’s nine games since returning March 27, posting four wins in that stretch.