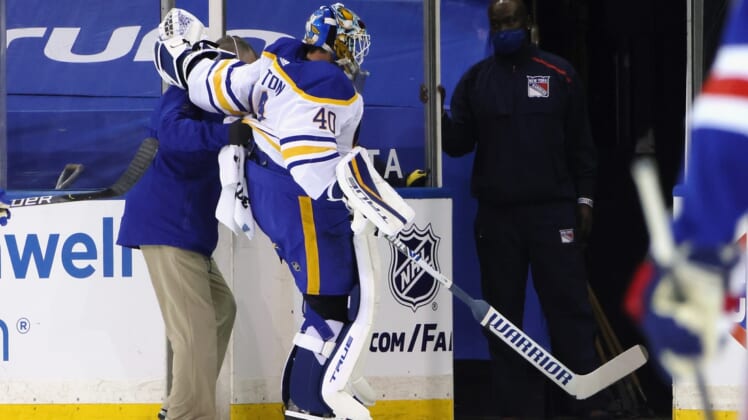 Buffalo goaltender Carter Hutton exited the Sabres’ Monday road game against the New York Rangers after injuring his left leg in a collision less than three minutes into the first period.

With 17:07 remaining, New York’s Julien Gauthier crashed the net on a rush as he was pursued by Buffalo defenseman Rasmus Ristolainen. Hutton came out of the crease to position himself for a save, and Ristolainen pushed Gauthier into Hutton, who fell to the ice behind the net.

After being checked out, Hutton limped off the ice to the locker room and was replaced by Dustin Tokarski, whose last NHL appearance had been Oct. 28, 2016, for the Anaheim Ducks.

Hutton made two saves before getting injured.