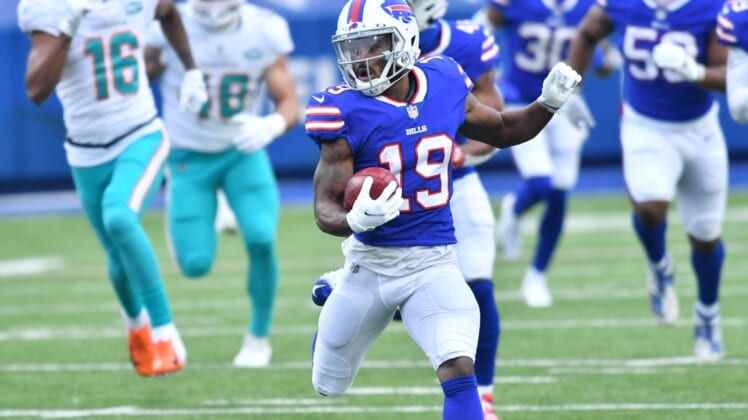 The Buffalo Bills have re-signed wide receiver Isaiah McKenzie, according to the player’s agent.

McKenzie, who turns 26 next month, caught 30 passes for 282 yards and five touchdowns for the AFC East champs in 2020. He played in all 16 games (seven starts) and also threw a touchdown pass and returned a punt for a score.