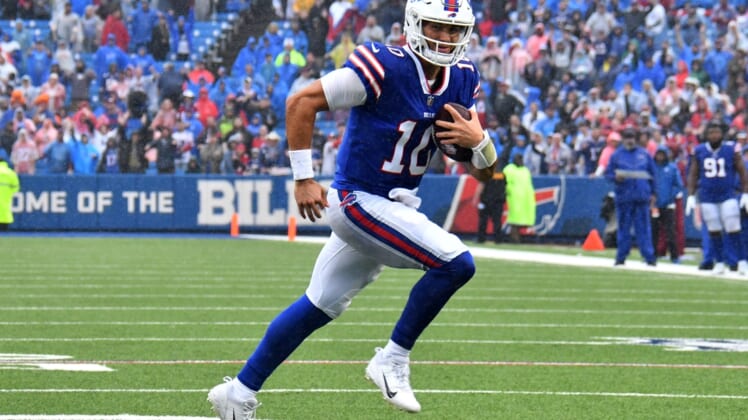 The Buffalo Bills said Saturday that backup quarterback Mitchell Trubisky was placed on the COVID-19 list.

The Bills also promoted Davis Webb from the practice squad to be Josh Allen’s backup for Sunday’s game against the Jacksonville Jaguars.

Webb has never seen action in an NFL game. He was a third-round pick of the New York Giants in 2017 and was cut from the club at the final cutdown prior to the 2018 season.

Webb spent time with the New York Jets later that season and joined the Bills in March 2019.

Trubisky is in his first season with Buffalo and has completed both passes he has thrown. He spent his first four seasons with the Chicago Bears after being the No. 2 overall pick of the 2017 draft.

The Bills also placed left guard Jon Feliciano (calf) on injured reserve. Feliciano has started all 31 games he has played for Buffalo over the past three seasons.