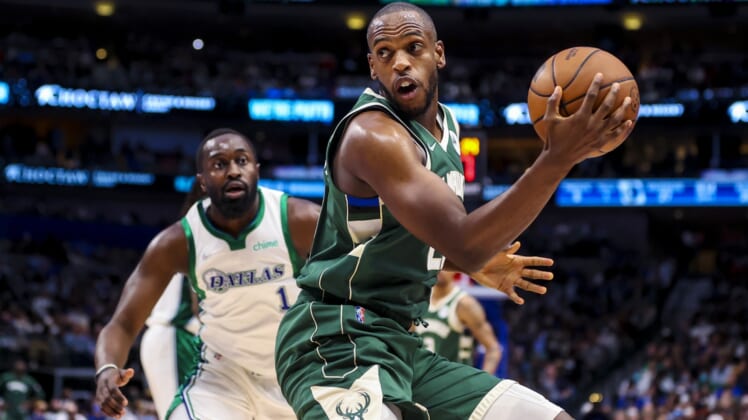 Khris Middleton scored a game-high 26 points, DeMarcus Cousins capped his season-high 22-point performance with a fourth-quarter flourish, and the Milwaukee Bucks held on for a 102-95 win over the host Dallas Mavericks on Thursday.

Cousins surpassed the season scoring high of 18 points that he set on Wednesday when he scored six of Milwaukee’s 10 points during a stretch spanning a little more than two minutes in the fourth quarter.

He also dished two of his four assists to set up Wesley Matthews and Pat Connaughton on fourth-quarter scores as the Bucks kept Dallas at bay in the final period.

Connaughton scored seven of his nine points in the fourth quarter, including a layup on the last of Jrue Holiday’s seven assists. The bucket extended Milwaukee’s lead to eight points with less than two minutes left, effectively ending any hope of a Dallas comeback.

Milwaukee’s defense came up big in the second half, in particular the fourth quarter when it held the Mavericks to just 8-for-21 shooting. Dallas missed four attempts in the paint in the period.

Jalen Brunson scored a team-high 19 points to go with his game-high eight assists in the loss for Dallas. He notched eight points in the fourth quarter.

Frank Ntilikina scored 14 points, but shot just 2 of 10 from 3-point range as the Mavericks went 12 of 45 from beyond the arc as a team. Theo Pinson scored all nine of his points on 3-pointers for Dallas.

Marquese Chriss added 13 points off the bench, Dorian Finney-Smith scored 12 points, Dwight Powell shot 5 of 5 from the floor en route to 12 points, and Sterling Brown added 10 points to go with a game-high 13 rebounds.