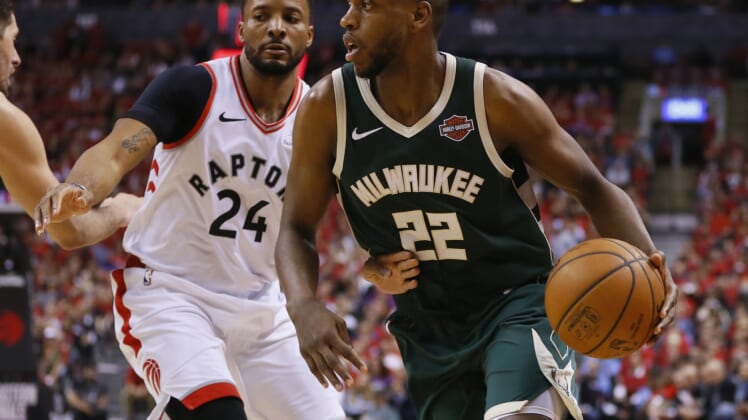 What was initially called a thigh contusion has now been reported to be a left leg injury. According to Shams Charania of The Athletic, Middleton will miss several weeks of action.

To say this is a major blow for the 7-3 Bucks would be an understatement. Middleton, 28, has morphed into one of the better two-way wings in the game.

An All-Star performer in 2018-19, the former second-round pick is averaging 18.5 points and 5.7 rebounds on 47% shooting from the field this season, including a 39% mark from distance.