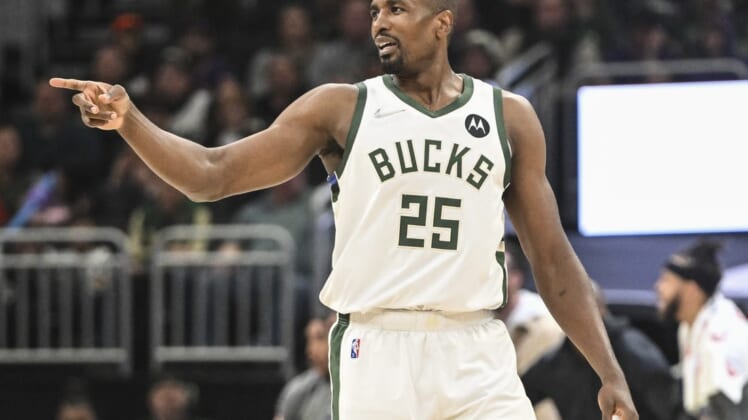 The Milwaukee Bucks announced the re-signing of veteran center Serge Ibaka on Tuesday. Terms were not disclosed.

Ibaka, 32, averaged 7.0 points and 5.3 rebounds in 19 games (two starts) with the Bucks after arriving from the Los Angeles Clippers in a four-team trade on Feb. 10.

“Serge is an elite defender and shot blocker who will continue to add depth for us at center,” Bucks general manager Jon Horst said in a statement. “He was a valuable acquisition for us last season, and we look forward to having him back in Milwaukee.”

He led the league in total blocks for four straight seasons from 2010-14, made three NBA All-Defensive teams and won an NBA championship with the Raptors in 2018-19. His 1,752 career blocks rank second among active players behind Dwight Howard (2,228).