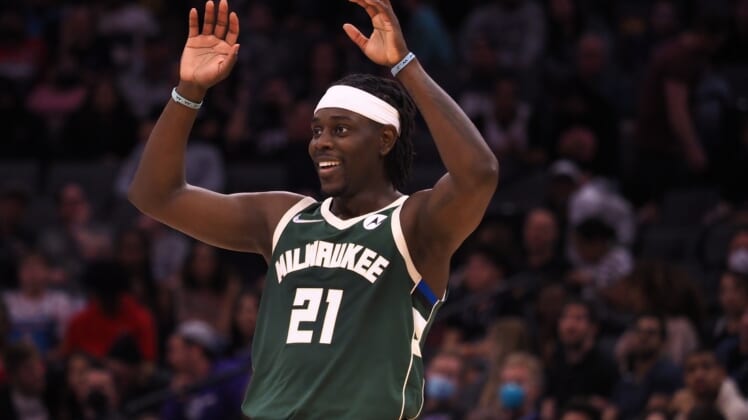 Milwaukee Bucks guard Jrue Holiday won the NBA’s 2021-22 Twyman-Stokes Teammate of the Year Award for the second time on Tuesday.

More than 300 current players cast votes for a group of 12 finalists selected by a panel of league executives.

Holiday, 31, also won the award in 2019-20 while playing for the New Orleans Pelicans. He is the first multiple winner of the award, presented since 2012-13.

The award is named for Jack Twyman and Maurice Stokes, teammates with the Rochester/Cincinnati Royals from 1955-58. Stokes was injured on the last day of the 1957-58 season, went into a coma days later and was ultimately paralyzed. Twyman became his legal guardian and advocate and supported Stokes until his death in 1970. Both men are enshrined in the Basketball Hall of Fame.