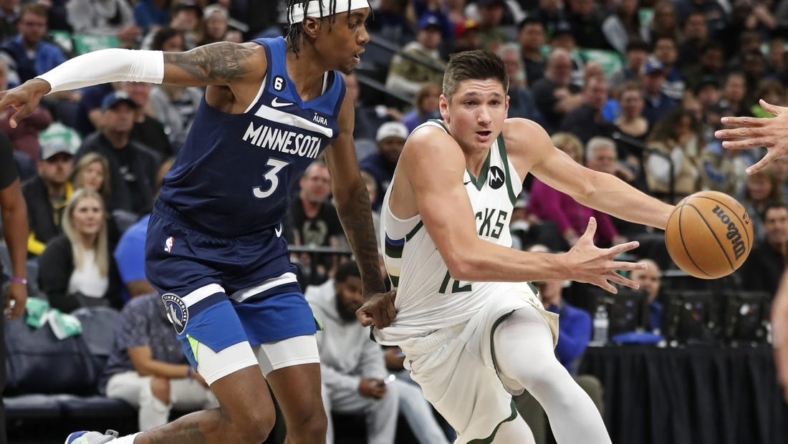 Jrue Holiday scored 29 points and Giannis Antetokounmpo recorded his first triple-double of the season as the Milwaukee Bucks improved to 8-0 for the first time in franchise history with a 115-102 win over the Minnesota Timberwolves on Friday in Minneapolis.

Bobby Portis added 18 points, rookie MarJon Beauchamp scored a career-high 14 and Grayson Allen chipped in 10 for Milwaukee, which never trailed after the opening two minutes and led by as many as 22 points in the third quarter.

Jaylen Nowell chipped in 13 points for the Wolves, who lost their third straight and shot 11 of 41 (26.8 percent) from 3-point range.

Milwaukee remained the league’s only undefeated team after shooting 17 of 38 (44.7 percent) from beyond the arc.

The Bucks held an 11-point advantage entering the fourth quarter and extended the lead to 108-91 when Antetokounmpo scored with 8:07 remaining.

Milwaukee ended the first quarter with a 34-26 lead after shooting 63.2 percent from the field, including 5 of 6 from 3-point range.

The Bucks stretched their lead to 14 on Beauchamp’s trey with 10:21 left in the second quarter.

Minnesota battled back and trailed 61-54 at the break after Jaden McDaniels closed the half with a 3-pointer.

The Bucks moved ahead 86-64 on Holiday’s 3-pointer with 4:17 left in the third quarter, but Minnesota responded with 10 straight points to stay within striking distance.