Buccaneers trade with 49ers, move up one spot for OT Tristan Wirfs 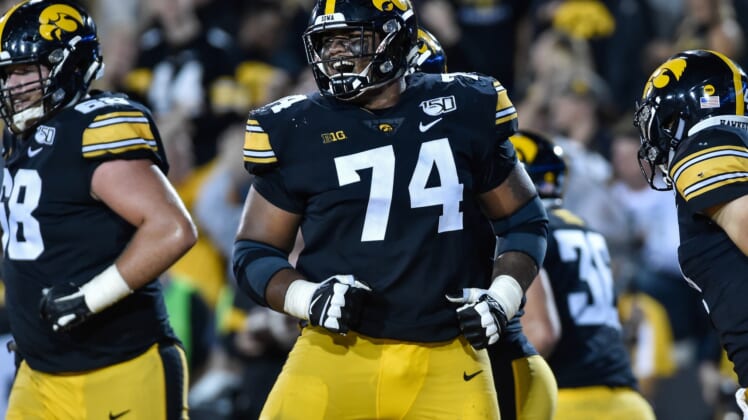 The San Francisco 49ers and Tamp Bay Buccaneers pulled off the first trade of the 2020 NFL Draft. Tampa Bay moved up one spot to No. 13 overall to select offensive tackle Tristan Wirfs out of Iowa. The 49ers reportedly sent their last seventh-round pick in the exchange, landing the 117th overall pick in the deal.

This move makes a ton of sense for both teams.

For Tampa Bay, the appeal of providing better protection up front for Tom Brady was just a no-brainer. Wirfs was widely regarded as one of the best offensive tackles in this year’s draft, and getting him at this point could be considered a steal.

The 49ers don’t have a need there for an offensive tackle, and they picked up an extra fourth-round pick to essentially remain right where they were for the player of their choosing.

As a side note, Wirfs showed what kind of character he has by literally rolling out the red carpet for his mom at home on Thursday ahead of the draft.