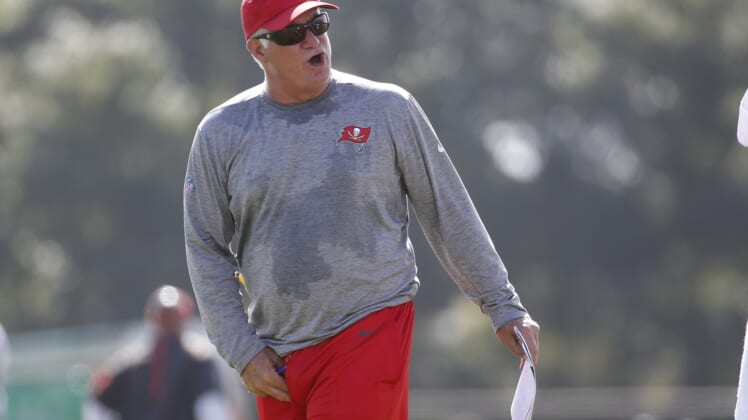 The Tampa Bay Buccaneers and head coach Dirk Koetter knew that a change needed to be made following a three-game losing streak.

While Koetter himself might still get his walking papers at some point this season, he appears to be safe for now. Instead, the Buccaneers have reportedly fired defensive coordinator Mike Smith.

This comes with Tampa Bay having given up 112 total points during its current three-game losing streak. Overall, the team ranks 31st in total defense and dead last in points allowed.

Having made Smith the highest-paid defensive coordinator in the NFL back in 2016, this has to be seen as a major failure for Koetter and Co. Remember, this defense finished dead last in total yards allowed a season ago.

Smith, 59, was previously the head coach of the division-rival Atlanta Falcons from 2008-14, leading the team to four playoff appearances in the process. He’ll now be looking for another gig.