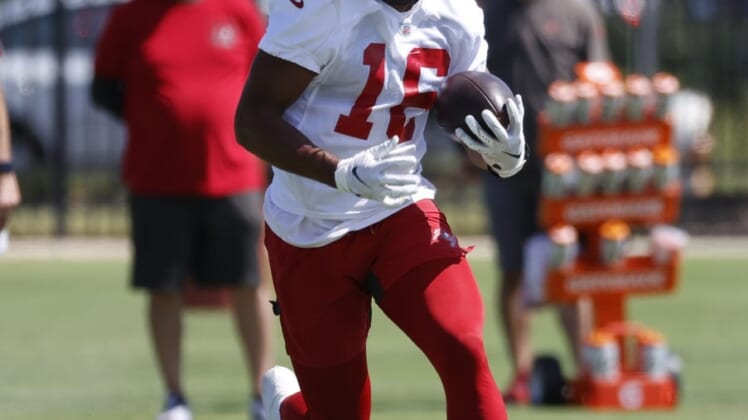 The Tampa Bay Buccaneers released wide receiver Travis Jonsen on Tuesday, one day after he was taken into custody on a misdemeanor driving-under-the-influence charge.

Tampa police said officers spotted Jonsen driving his car in a manner “indicative of impairment.” He was stopped and arrested at 3:18 a.m.

Jonsen, 25, refused to take a breath test, according to the news release from Tampa police. He posted a $500 bond and was released from jail.

Jonsen has been a practice squad player with the Bucs over parts of the past two seasons. He was signed as an undrafted free agent from Montana State.