After six Super Bowl titles in 20 years with the New England Patriots, Brady joined the Bucs this season but the move has been far from seamless as the future Hall of Famer adjusts to a new coach, largely new offensive philosophy and new receivers.

With a Pro Bowl arsenal of pass catchers that includes Mike Evans, Antonio Brown, Chris Goodwin and Rob Gronkowski, and Brady at the controls of a high powered attack, they appeared to have assembled all the parts of a championship contender.

But that championship chemistry and consistency has proven elusive, Brady growing increasingly frustrated as Tampa lost three of their last four contests, including back-to-back 27-24 defeats by the Los Angeles Rams and Kansas City Chiefs.

Despite the wobble, the Buccaneers sit second in the NFC South with a 7-5 record, while Brady tops the league with 307 completions and is second in passing yards with 3,300.

Johnson reckons those statistics should frighten opponents down the stretch run.

“The scary thing for me with them (Bucs) is, if they do get in the playoffs and they do get it rolling that could be scary,” Johnson, 11th on the NFL all-time receiving list, told Reuters.

“Is it possible to happen in a season? Maybe, but I still think you have to put the work in. But I guarantee you next season it will be totally different.

“When I watch Tampa, I think over time it has got better, but I think because of who they have everyone expects them to be putting up 30, 40, 50 points a game.”

Johnson, who played for 14 seasons in the NFL including 12 with the Houston Texans, cautioned that quarterback/receiver relationships are rarely love at first sight and it can take years to develop trust and understanding.

“It’s just something you build over time,” said Johnson, who has teamed up with Crown Royal in a campaign to remind fans to drink responsibly.

“A lot of people say they’re professional, they should just go out there and throw and catch the ball, but what people don’t understand is a guy can see your body language when you’re doing certain stuff and know where to throw the ball. It’s a process.”

(Reporting by Steve Keating in Toronto; Editing by Ken Ferris) 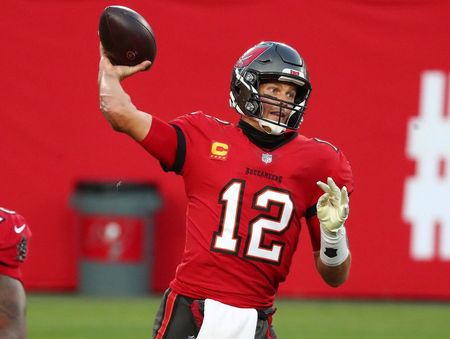