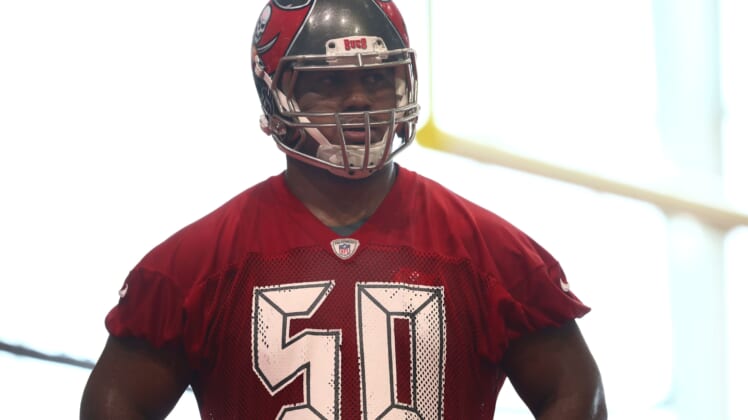 As has been the case all season, it’s been all about dumb mistakes from Tampa Bay Buccaneers quarterback Jameis Winston and some big plays on offense in Week 12.

Taking on the division-rival Atlanta Falcons on Sunday, both rung true for the struggling Bucs.

However, there was one major highlight on offense. It included 347-pound defensive tackle Vita Vea hauling in a touchdown pass from Winston.

Atlanta was completely fooled here. Normally, a mammoth defensive tackle being put in the game in a goal-to-go situation means he’s going to be a lead blocker.

Instead, Vea found himself wide open after he faked a block. What a tremendous play call from rising Buccaneers offensive coordinator Byron Leftwich.