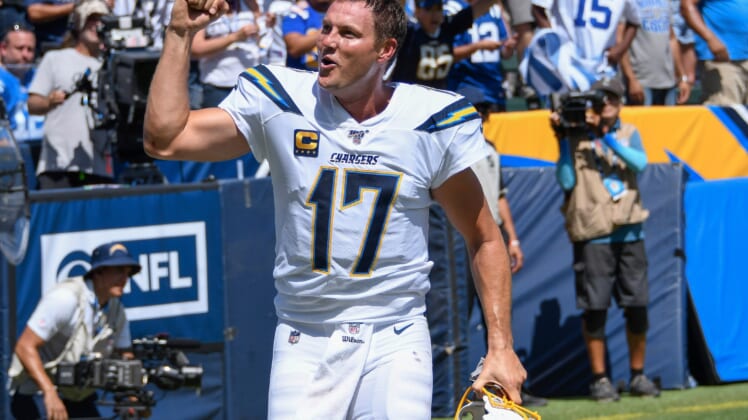 The Los Angeles Chargers officially declared the Philip Rivers era is over on Monday, sparking an abundance of free agency rumors and odds.

After the huge news broke, updated odds (h/t Action Network Odds) show that Rivers is now heavily favored to land with the Tampa Bay Buccaneers (+150) and Indianapolis Colts (+175) over any other teams in the NFL this spring.

The other teams’ odds to sign Rivers in free agency are as follows:

The Buccaneers have been mentioned by many as the most logical team for Rivers to sign with since he traded Southern California for the balmy climate of Florida last month.

The Colts are an intriguing option, because if they can get top-tier quarterback play they’re a legitimate contender in the AFC.

We’ll rule out the Dolphins from a logical standpoint given that all signs point to the franchise going young with a first-round rookie, and because Ryan Fitzpatrick is coming back and he’s not a huge step down from Rivers.

However, among the rest of the teams, the Chicago Bears are one we’d love to see take a chance on Rivers bouncing back from a substandard 2019 campaign. With a dominant defense, weapons on offense and an offensive-minded head coach at his disposal, Rivers could shred.