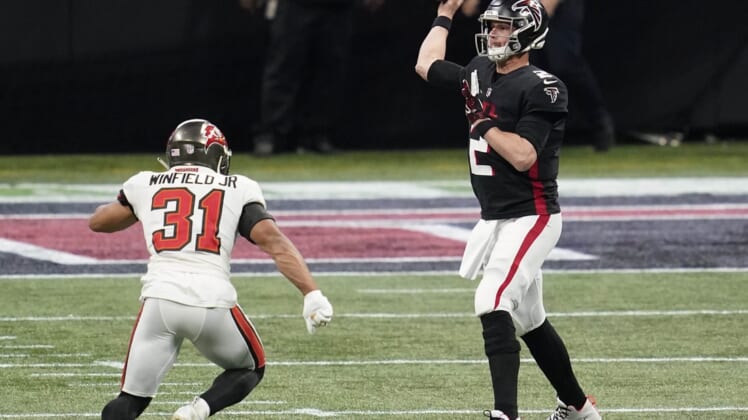 Both missed the NFC Championship, Brown with a knee injury and Winfield with an ankle ailment. Brown suffered his injury in the divisional game against the New Orleans Saints and Winfield was hurt during practice ahead of the NFC title game.

“I think it’s too early,” Arians said, when asked on a radio show if Brown and Winfield would be ready by Feb. 7. “Neither one of those guys will probably practice this week and we’ll see how it rolls out next Tuesday for both of them.”

Further, NFL Network reports Bucs safety Jordan Whitehead, who was knocked out of the NFC title game against the Green Bay Packers, has not been ruled out of the Super Bowl against the Kansas City Chiefs. Whitehead injured his shoulder on a tackle and did not return but is going to try to play, per the report.

Winfield started all 16 games as a rookie and finished with 94 tackles, three sacks and interception and six passes defensed.

Brown had 45 catches for 483 yards and four touchdowns.

In the interview with 95.3 WDAE, Arians also said he’s coming back next season, responding with “hell no” when asked if he’d consider retiring if he won his first Super Bowl.

“I’m going for two. There’s no doubt. If the Glazers have me back, I’ll be back,” Arians said.