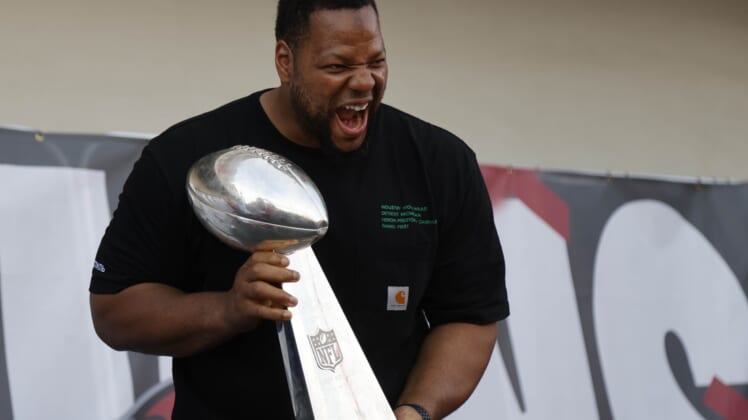 The team did not disclose terms of the contract, but reports last week put the deal at one year for $8 million.

“Ndamukong Suh has been one of the game’s premier interior defensive linemen for more than a decade,” Bucs general manager Jason Licht said in a statement. “The toughness, durability and remarkable football IQ that Suh brings has been instrumental to the transformation of our defense over the past two seasons. We are really excited to have his presence on the field and in the locker room again in Tampa Bay.”

Suh, 34, admitted on Monday that he felt it was only natural that he would rejoin the Super Bowl champions.

Suh recorded 44 tackles, six sacks and one forced fumble in 16 games last season with the Buccaneers.

Suh spent his first five seasons with the Detroit Lions (2010-14) before joining the Miami Dolphins in 2015 on a six-year, $114 million contract. That was then the richest contract for a defensive player in NFL history.