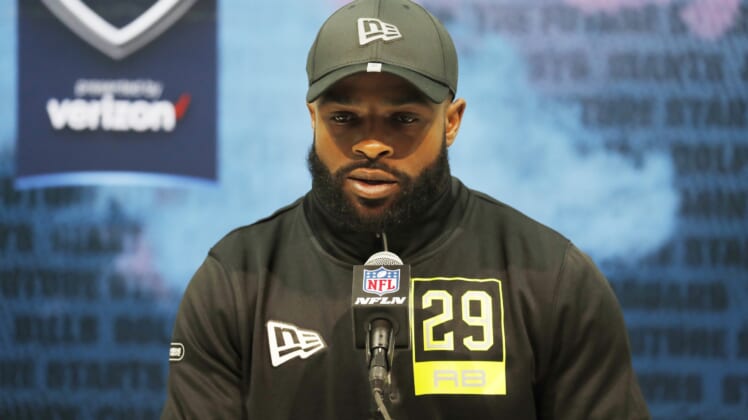 Tampa Bay Buccaneers running back Ke’Shawn Vaughn will finally get his chance to practice with Tom Brady next week, after spending the start of training camp on the NFL’s COVID-19 reserve list.

Vaughn, a third-round pick in the 2020 NFL Draft, landed on the list on July 27 after going through the first wave of COVID-19 testing with his fellow rookies. Finally, he received clearance to return this weekend.

Due to the NFL’s adjusted offseason schedule, with teams only allowed to do strength and conditioning work early in training camp, Vaughn didn’t miss crucial practices. However, his absence still hurt his standing on the depth chart.

Just days after placing Vaughn on the COVID-19 reserve list, the Buccaneers signed former Pro Bowl running back LeSean McCoy. The veteran is expected to serve as a mentor for Tampa Bay’s young backfield and be used on passing downs as a target for Brady.

The Buccaneers will likely keep four running backs on their roster heading into the 2020 NFL season. Ronald Jones is expected to be the primary starter with McCoy and Dare Ogunbowale contributing as pass-catching threats.

When the Buccaneers selected Vaughn with the No. 76 overall pick in the 2020 NFL Draft, many anticipated he could play a big role in his rookie season. In an offense with a phenomenal passing attack and a strong offensive line, Vaughn was an early fantasy football sleeper this summer.

The 23-year-old running back certainly boasts the talent to be a fantasy contributor and the situation in Tampa Bay is made for success. He also excelled in his final two seasons at Vanderbilt, rushing for over 2,200 yards with 21 rushing touchdowns.

However, the delayed start to training camp and an offseason without rookie minicamp will likely be too big of a hurdle for Vaughn to overcome. He’ll likely start camp as the No. 4 running back on the depth chart and won’t see meaningful snaps this offseason. As a result, Vaughn is a better dynasty league target for fantasy owners and should be ignored for the 2020 season.