Bryson DeChambeau (wrist) ‘getting there,’ but WDs again 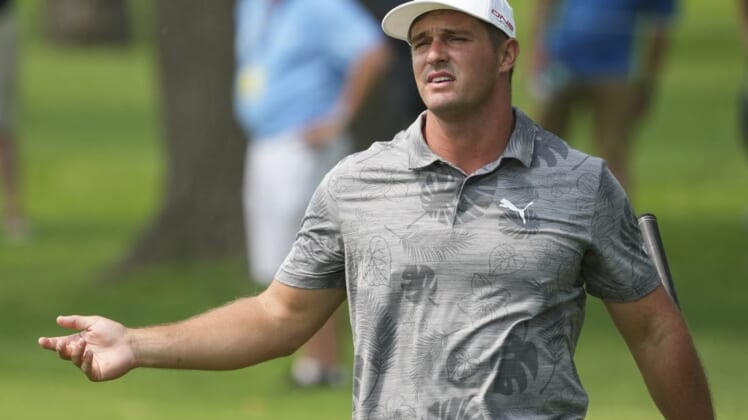 Bryson DeChambeau will miss another week on the PGA Tour, as he withdrew Tuesday from this week’s Charles Schwab Challenge at Colonial Country Club in Fort Worth, Texas.

DeChambeau has yet to compete since undergoing wrist surgery April 14. He last played at the Masters, when he attempted to play through his nagging injury but missed the cut after rounds of 76 and 80.

“I’m definitely close but don’t have the endurance for 4 full days yet. Getting there,” DeChambeau wrote in a text to Golfweek. “Taking a bit of time to make sure it’s fully healed.”

DeChambeau, 28, missed roughly two months of the PGA Tour season earlier this year while fighting through a torn labrum in his hip and a fractured hamate bone in his left wrist.

He briefly returned in late March and lost all three group-stage matches at the WGC-Match Play. He missed the cut at the Valero Texas Open and the Masters, where he told reporters he was playing against doctors’ orders.

After opting for surgery, he wrote in a social media post that he “will be taking the appropriate time needed to rest and recover from this procedure and look forward to competing at the highest level within the next two months.” He tried to return sooner than that, playing a practice round last week at the PGA Championship before deciding to withdraw on Wednesday.

DeChambeau, the 2020 U.S. Open champion, has dropped to No. 25 in the Official World Golf Ranking due to his lack of events played. He began the year at No. 5.

The U.S. Open is the next major on the calendar. It will be played June 16-19 at The Country Club in Brookline, Mass.