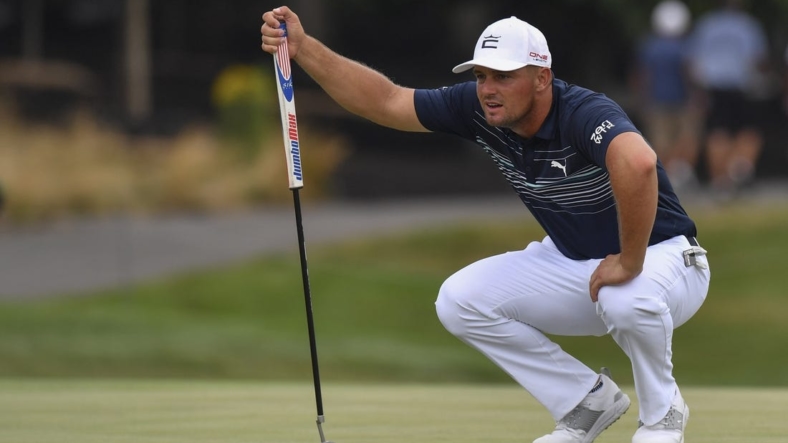 The Presidents Cup will tee off next week without some of the biggest names in American golf in the field, and Bryson DeChambeau thinks that wrong.

DeChambeau and others who signed on with the upstart LIV Golf Series are ineligible to play in the competition, which pits Team USA against a team of international players. The PGA Tour indefinitely suspended all players who have joined LIV from the tour as well as events such as the Presidents Cup and Ryder Cup.

“I personally think that the team events are only hurting themselves by not allowing us to play, not allowing us to qualify through some capacity, in some facet,” DeChambeau said ahead of the LIV-sponsored Chicago Invitational, which began Friday.

DeChambeau, Brooks Koepka and Dustin Johnson all took part in the United States’ Ryder Cup win in Wisconsin last fall but will be ineligible in 2023.

Play in the Presidents Cup begins Thursday at Quail Hollow Club in Charlotte. DeChambeau said he will be watching.

“I’m a golf fan, first and foremost,” he said. “I’m going to watch golf wherever it’s played with some of the best players in the world, whoever it is.”

DeChambeau, 28, has won eight PGA Tour events, including the 2020 U.S. Open. He doesn’t want his PGA Tour career to be over, however, and he is among the LIV golfers who have filed an antitrust suit against the tour.

In an interview in July, DeChambeau said he signed with the Saudi-backed LIV for more than $125 million through the end of 2026. He has career earnings of $26.7 million on the PGA Tour.