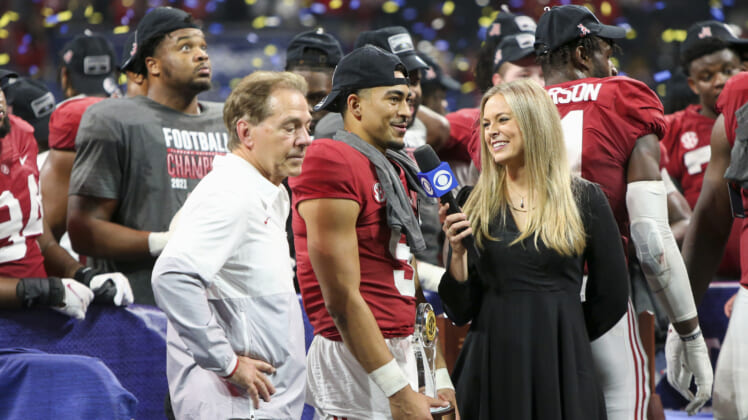 The Associated Press announced their award for College Football Player of the Year Wednesday, and it shouldn’t surprise anyone who the winner is. Alabama Crimson Tide quarterback Bryce Young was voted as the winner, receiving 42-of-53 first-place votes from the AP Top 25 voters, giving him 137 points in the contest.

Michigan’s stud defensive end Aidan Hutchinson finished in second, receiving four first-place votes for a total of 67 points. Hutchinson is a popular choice being mocked in the top five of the 2022 NFL Draft.

For Alabama, it’s the second consecutive year a player in their program has earned the AP POY honor after wide receiver DeVonta Smith became the first member of the Crimson Tide to ever win the award in 2020. Young becomes the 18th quarterback to win.

Young, a sophomore player and first-year starter led the Crimson Tide to a first-place finish in the regular season, earning them a bid to play in the College Football Playoff after winning the SEC Championship over Georgia. No. 1 ranked Alabama faces the No. 4 ranked Cincinnati Bearcats on Dec. 31 in the Cotton Bowl.

While Young may have won this battle, there is still another major trophy to be handed out. On Saturday, we will find out who the 2021 Heisman Trophy winner will be. Those candidates are Young, Hutchinson, Pitt’s Kenny Pickett, and Ohio State’s C.J. Stroud. But to be fair, Young is considered the heavy favorite to take home that historic hardware as well.