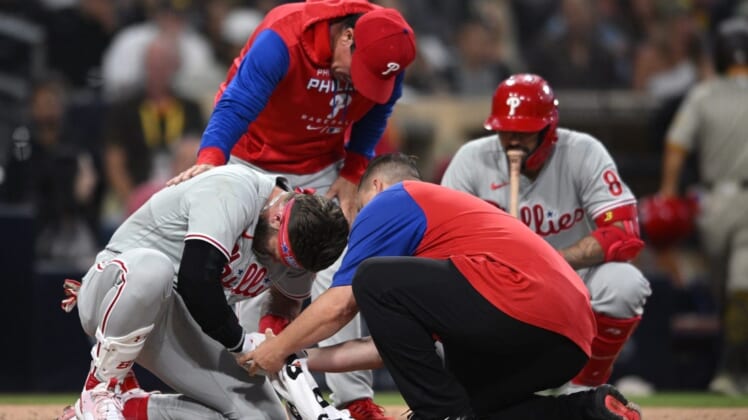 Harper reportedly intends to play again this season, but missing a considerable chunk of the campaign will make it very difficult to stay in the MVP hunt.

Harper, 29, has put up MVP-worthy numbers this season despite being mostly limited to a designated hitter role while playing through a UCL tear in his right elbow. The six-time All-Star is hitting .318 with a .985 OPS, 15 homers, 21 doubles and 48 RBIs in 64 games.

Whether Harper returns to the MVP chase this season may be tied to whether the Phillies can stay in the playoff picture. Multiple outlets reported that Harper is targeting a mid-to-late August return, hoping that Philadelphia, which entered Tuesday at 39-35 and two games back in the wild-card hunt, will still be in contention.

While WynnBet did not adjust Philadelphia’s futures following the surgery news, the Phillies moved from +1200 to +1600 to win the NL East at BetMGM and from +3000 to +3500 to win the World Series.