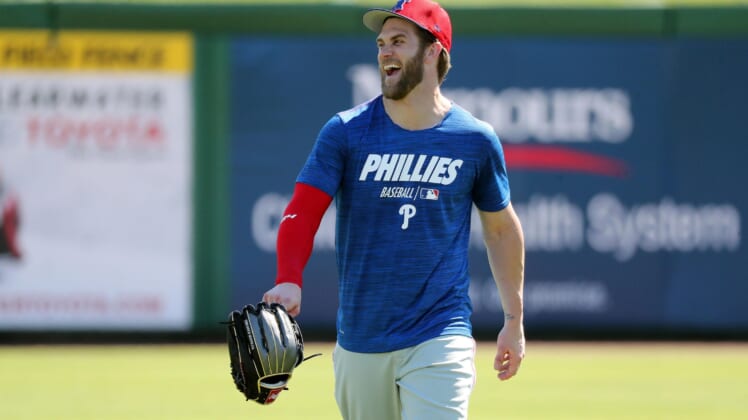 After Bryce Harper signed with the Philadelphia Phillies, many brought up the fact that, on a per-year average, Manny Machado landed more money.

Yet, as Harper’s agent, Scott Boras, pointed out in an interview with the Los Angeles Times, the devil is in the details.

Looking at the income tax rates in California (13.3%) and Pennsylvania (3.07%), Boras says that Harper will actually end up netting $55 million more in the long run.

“With a contract of that magnitude, it’s dramatic,” Scott Boras, Harper’s agent, says of the taxes. “It could be almost a full year’s compensation. The Giants, Dodgers and Padres are in the worst state income tax jurisdiction in all of baseball,” Boras adds. “Players really get hit.”

So, it seems like Harper is gonna do just fine, after all, folks.

What’s even better for Harper, and the Phillies, is that because he’s making less per year than Machado ($25 million per year versus $30 million), Philadelphia is in a better position than some teams to land another top free agent like Mike Trout in 2020.