Dave Roberts ‘not too hopeful’ about signing Bryce Harper 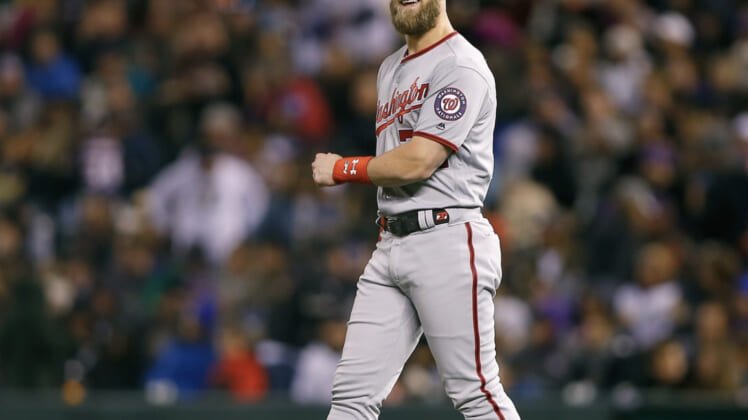 The Los Angeles Dodgers are once more pursuing Bryce Harper, but according to manager Dave Roberts the latest news probably won’t amount to anything.

On Monday morning, Roberts said, “I’m not too hopeful or anything. It’s just something that’s — it’s just talk. It’s just conversation,” per Bill Plunkett of the Orange County Register.

As the Philadelphia Phillies continue to seemingly waffle about giving Harper the massive long-term deal he wants, Los Angeles has thrown its hat into the mix. Though, according to reports, the Dodgers aren’t looking at anything long term, so it makes sense that Roberts isn’t optimistic about signing Harper.

It’s known that the 26-year-old outfielder is looking for a 10-year deal and isn’t interested in any short-term options. It’s been rumored that he might end up landing a deal in excess of $400 million over that stretch. But based on the way teams are balking at sealing the deal perhaps that was overly hopeful.