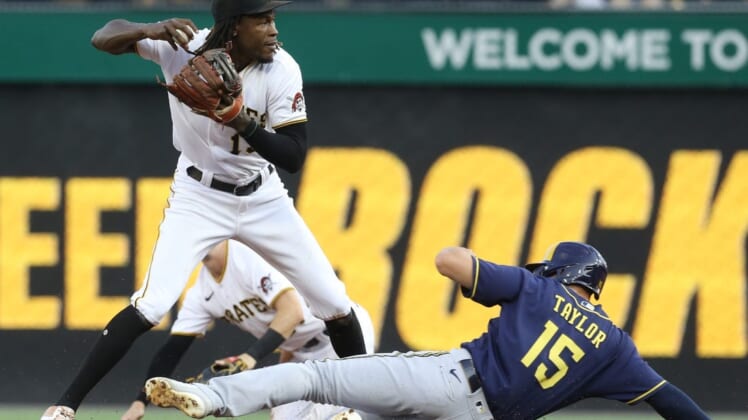 Bryan Reynolds led off the bottom of the ninth with a walk-off homer to give the Pittsburgh Pirates an 8-7 win over the visiting Milwaukee Brewers on Wednesday night.

Reynolds hit his 16th homer of the season against Devin Williams (2-1) to give Pittsburgh back-to-back wins for the first time since July 11-12.

Milwaukee had tied things in the eighth with two outs when Victor Caratini and Tyrone Taylor singled, Christian Yelich walked and Willy Adames smacked a two-run single before Rowdy Tellez produced a run-scoring base hit.

Oneil Cruz added a two-run homer, and Ke’Bryan Hayes had a two-run single and an RBI single for the Pirates.

Adames finished with four RBIs, Rowdy Tellez had a pair of RBI singles and Kolten Wong slashed an RBI single for the Brewers.

The Brewers took a 1-0 lead in the first on Wong’s RBI single and increased it to 4-0 in the second on Adames’ two-run base hit and Tellez’s first RBI single.

The Pirates tied it 4-4 in the sixth. With one out, Cruz singled. Pinch hitter Michael Chavis doubled to drive in Cruz and went to third on right fielder Hunter Renfroe’s throwing error. An out later, Tucupita Marcano singled to bring Chavis home.

In the Pittsburgh seventh, Kevin Newman singled and went to third on Reynolds’ single. Ben Gamel grounded into a fielder’s choice, with Newman getting thrown out in a rundown while the runners went to second and third.

Hayes followed with an RBI single to make it 5-4 but was thrown out trying to stretch it into a double. Cruz’s eighth homer then upped the advantage to 7-4.