Bryan Bresee to be joined by 30-plus teammates, coach for sister’s funeral 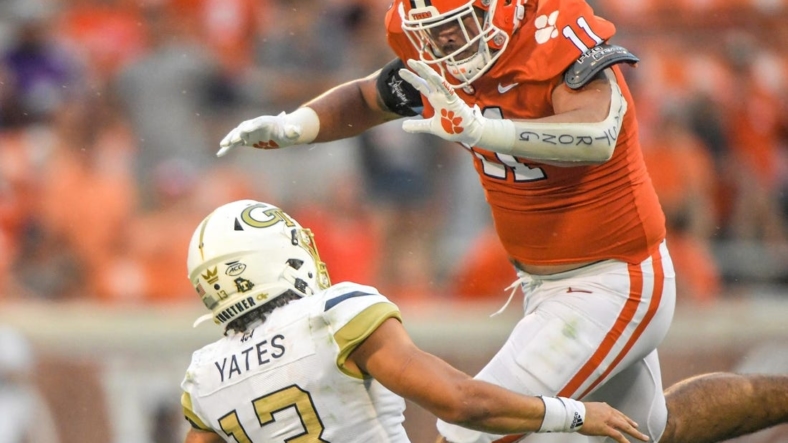 Clemson standout defensive tackle Bryan Bresee returned to the team on Monday, one day before the funeral of his 15-year-old sister Ella, who died of brain cancer last Thursday.

Bresee will fly home on Tuesday to attend the funeral in Gaithersburg, Md., along with more than 30 of his teammates and head coach Dabo Swinney.

Among the players traveling include three of Bresee’s roommates: Quarterback DJ Uiagalelei and safeties R.J. Mickens and Tyler Venables.

Swinney moved Tuesday’s practice to night so players could make the trip and attend Ella’s funeral.

Bresee was slated to practice with Clemson on Monday when the No. 5 Tigers (3-0, 1-0 Atlanta Coast Conference) begin preparations for Saturday’s game at Wake Forest.

“We’re being brothers for him,” linebacker Barrett Carter told reporters. “We’re being the family that he came here for. You come to Clemson because it’s a family environment. … He’s leaning on us heavily, so we’re just trying to be the best brothers and best family we can.”

“I’ll be happy to see him, happy to love on him as he gets back around the facility. I know he’s wanting to get some football in. That’s what we’re going to make it about. … Great time to let him know that his brothers are right beside him.”

Bresee missed last Saturday’s 48-20 victory over Louisiana Tech. He played in the first two games and had seven tackles, including two for loss.

Ella Bresee was diagnosed with the aggressive form of brain cancer 17 months ago and many associated with the Clemson program have been sporting “Ella Strong” T-shirts.

In addition, each player on the Louisiana Tech football wrote a hand-written letter to Bresee’s family in the wake of Ella’s death.