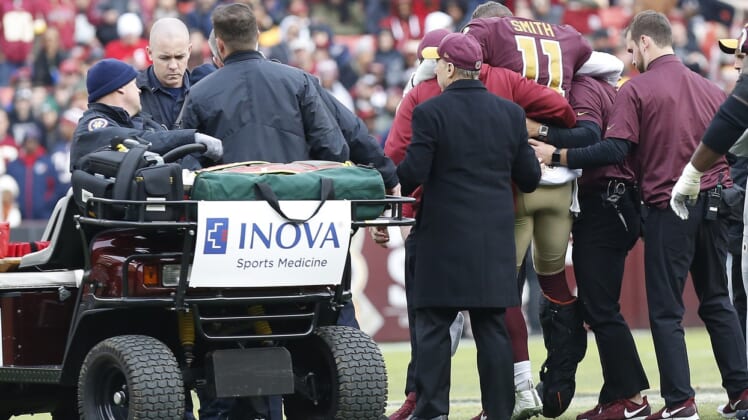 Alex Smith’s gruesome injury was reportedly even worse than it initially looked.

In addition to breaking both his right fibula and tibia, Smith suffered a compound fracture, per ESPN’s Adam Schefter, and trauma surgeons discovered he suffered a spiral fracture in his leg.

Alex Smith suffered a compound fracture – meaning the bone broke through his skin, per source. Trauma surgeons discovered Smith suffered a spiral fracture in his leg – defined as a long bone broken by a rotational force. Smith, 34, faces a lengthy rehab process to try to return.

This is just brutal news.

It’s fair to wonder whether Smith will be healed up in time for the start of the 2019 season. He’s signed in Washington through the 2022 season and still has $42 million in guaranteed money left on his current contract.