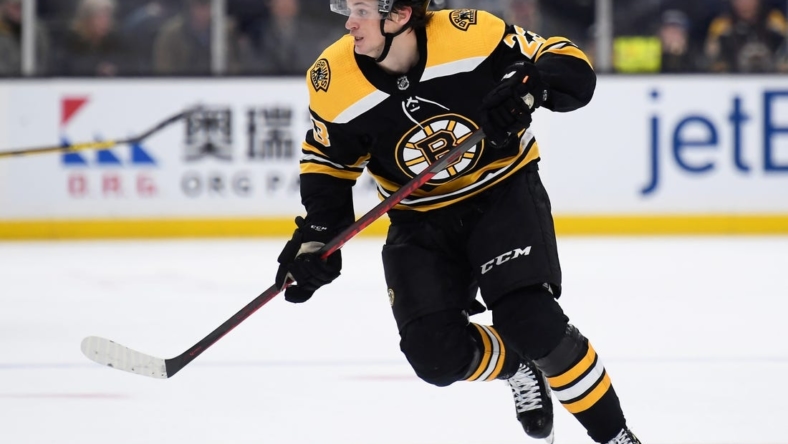 The Bruins moved on from forward Jack Studnicka, trading the former second-round pick to the Vancouver Canucks during Boston’s victory over the Detroit Red Wings on Thursday.

The Canucks are sending the Bruins goaltender Michael DiPietro and the rights to defenseman Jonathan Myrenberg in exchange for the 23-year-old forward.

Studnicka, the 53rd overall pick in 2017, played in parts of four seasons with Boston but never caught on. The Canadian-born Studnicka played in only one game this season, picking up two penalties in eight minutes of ice time against the Anaheim Ducks on Oct. 20.

Drafted with the hopes he would be a key replacement as aging stars such as Patrice Bergeron and David Krejci wind down their careers, Studnicka instead tallied one goal and six assists in 38 career games with the Bruins, netting a minus-7 rating.

Myrenberg, 19, was a fifth-round pick in 2021. He has yet to play in the NHL and is currently with Mora IK of the SHL in his native Sweden.

Boston leads all NHL teams with 14 points in its first eight games (7-1-0). Vancouver (1-5-2) beat the Seattle Kraken on Thursday to become the last team in the league to win a game.