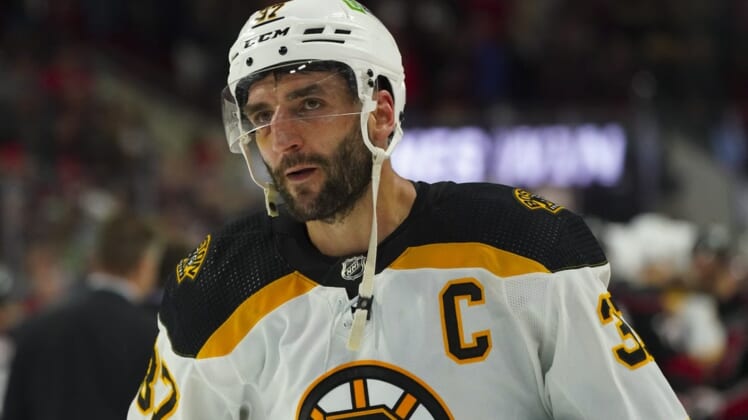 Boston Bruins captain Patrice Bergeron is recovering from surgery to repair a tendon in his left elbow, and he’s using the time to think about his playing future.

Bergeron had the long-delayed surgery last Tuesday and is expected to have a recovery and rehab period of 10 to 12 weeks. With that timetable, he’d be ready for training camp this fall.

He is due to become an unrestricted free agent on July 13. Bergeron turns 37 next month, and he has said that if he returns to the NHL for a 19th season, he will play only in Boston — the franchise that selected him in the second round of the 2003 draft.

“What (the surgery) did only is it just delayed my decision-making process,” Bergeron said. “I had some MRIs and meetings with them and talks with them about what I should do and whatnot. That’s the only thing I can say about that.

“I’ve said I needed time, and I still think I have a lot of time in front of me to make that decision, and I’m going to make sure that I take all the time that I need to make the right one.”

Bergeron led the NHL in faceoff percentage (61.9 percent) and faceoffs won (991), while finishing second in faceoffs taken (1,600). He ranked second among Bruins forwards in blocked shots (45).

He finished third on the team in points with 65 (25 goals, 40 assists) in helping the Bruins reach the first round of the Stanley Cup playoffs. He added seven points (three goals, four assists) in the seven-game playoff series, won by the Carolina Hurricanes.