Boston Bruins’ Patrice Bergeron to decide on future after season 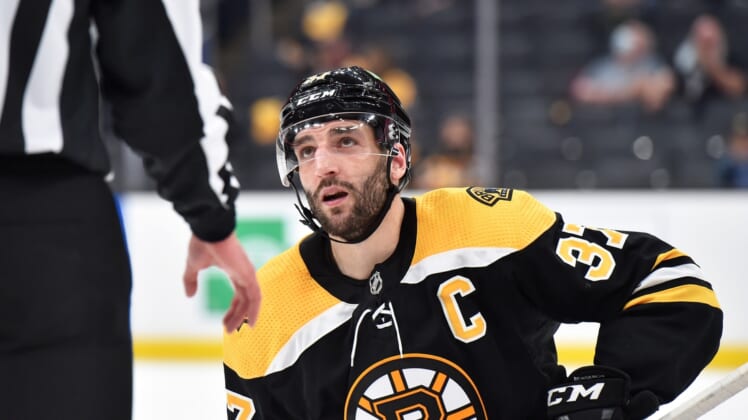 May 21, 2021; Boston, Massachusetts, USA; Boston Bruins center Patrice Bergeron (37) during the second period in game four of the first round of the 2021 Stanley Cup Playoffs against the Washington Capitals at TD Garden. Mandatory Credit: Bob DeChiara-USA TODAY Sports

Boston Bruins captain Patrice Bergeron intends to play out the final season of his eight-year, $55 million contract before deciding if he’ll return to the team in 2022-23.

Bergeron, 36, has played his entire 17-year NHL career with the Bruins. He is slated for unrestricted free agency in July.

“I’m going to play out this year, and then talk about that after,” Bergeron said Wednesday.

A four-time Selke Trophy recipient as the NHL’s best defensive forward, Bergeron previously said he is focused on winning a Stanley Cup this season. After that, he’ll let the chips fall where they may.

“That’s something that a lot of people have asked me this summer,” Bergeron said. “I think for me, the way that I approach this year is I want to concentrate on this year. I have a year left on my contract, and I think it’d be useless of me to think about the future.

“I think I want to create something special, as I said. We obviously want to work towards winning a Stanley Cup. I know everyone says that, but it’s definitely our goal as a team. And I think we always are competitive to be in that group of teams. So, I think that’s where that’s where my focus is at right now.” 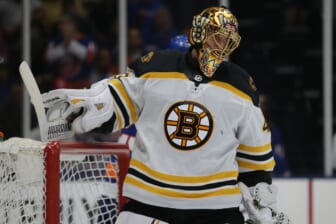