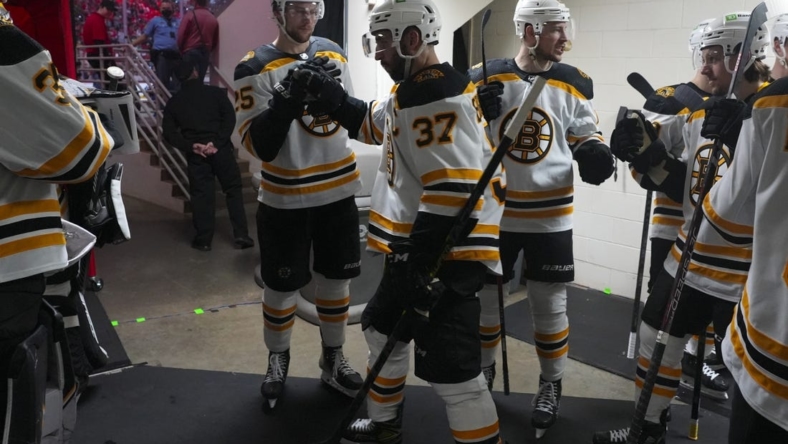 The Boston Bruins parted ways with defenseman Mitchell Miller on Sunday night following a slew of backlash stemming from multiple incidents in which Miller bullied a classmate as a teenager.

Miller had signed an entry-level contract with the Bruins on Friday, but Boston quickly received criticism for the move because the 20-year-old defenseman had bullied a disabled classmate when he was 14 years old, often using racial slurs and physical violence toward the victim.

Due to his actions, Miller was convicted of bullying as a juvenile in 2016 in Ohio.

“The decision to sign this young man was made after careful consideration of the facts as we were aware of them: that at 14-years-old he made a poor decision that led to a juvenile conviction,” Bruins president Cam Neely said in a statement on Sunday. “We understood this to be an isolated incident and that he had taken meaningful action to reform and was committed to ongoing personal development. Based on that understanding we offered him a contract.

“Based on new information, we believe it is the best decision at this time to rescind the opportunity for Mitchell Miller to represent the Boston Bruins,” Neely said. “We hope that he continues to work with professionals and programs to further his education and personal growth.”

Neely, who didn’t specify what the new information was, also said in the statement that the Bruins’ organization would take a deeper look at how it screens potential signees.

“We owe it to our fans, players, staff, partners and community to make sure that our practices and protocols are in keeping with the ethos that we demand from ourselves and as an organization,” Neely said. “As such, we will be reevaluating our internal processes for vetting individuals who wish to earn the privilege of playing in the National Hockey League for the Boston Bruins.”

The move to part ways with Miller comes just one day after NHL commissioner Gary Bettman said the Bruins did not speak with the league before signing Miller, and that Miller would not be eligible to play in the NHL.