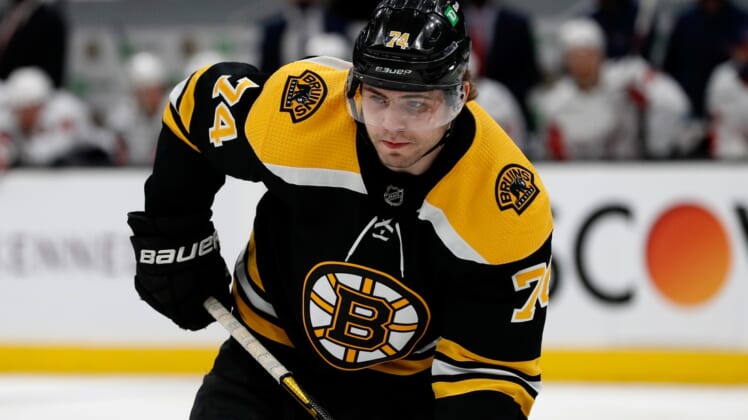 The incident occurred at 13:04 of the third period during Boston’s 4-3 overtime loss on Monday in Game 2 of the second-round series.

They were jockeying for position in front of the New York net when DeBrusk hit Mayfield in the back of the head. He was not penalized on the play. 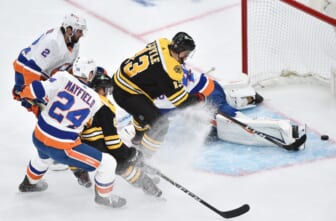 The series is tied 1-1 with Game 3 scheduled for Thursday night on Long Island.

DeBrusk, 24, has two goals and one assist in seven games this postseason. He registered 14 points (five goals, nine assists) in 41 contests in the 2020-21 regular season.

Mayfield, 28, has a goal and three assists in eight games this postseason. He had 15 points (two goals, 13 assists) in 56 games in the regular season.