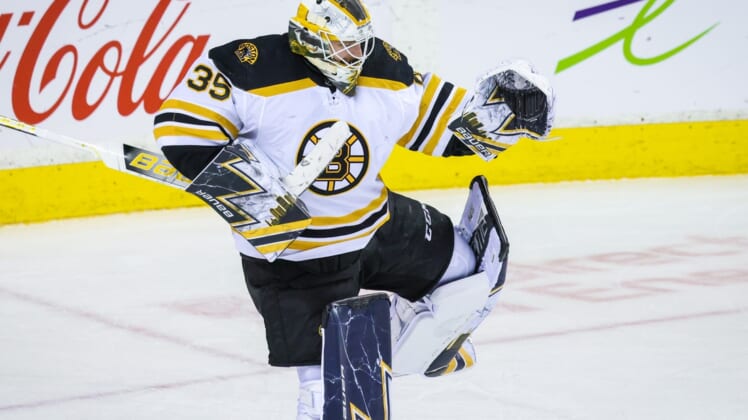 The Bruins did not immediately announce the reason for Ullmark’s departure. He took a high shot in the first period and reportedly talked with trainers.

Ullmark stopped all eight shots he faced during the first period. He was replaced in the second by Jeremy Swayman.